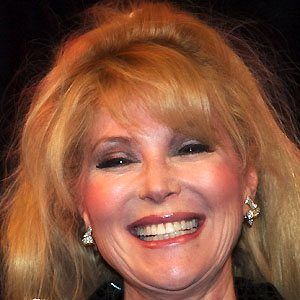 Became extremely popular in the '80s while appearing on 84 episodes of the hit TV Drama Dallas.

She had her first big break at the age of 12, when she earned recognition for a country song that she wrote.

She appeared on a few seasons of the soap opera Drama, One Life To Live, playing the daughter of a mob boss.

She had twin boys named Adam and Daniel with Donald Berkowitz in 1993. She also had daughters named Kristy and Lindsey with Tom Niedenfuer.

Her sister is Judy Landers, who acted with her on The Love Boat.

Audrey Landers Is A Member Of