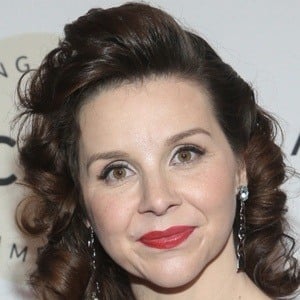 Television actress who has appeared on a number of hit shows including Better Call Saul, Manhattan, and Bella and the Bulldogs. In 2017, she was cast as Sarah Doyle on the Netflix series Godless.

She made her TV debut in an uncredited role on Damages in 2007.

She got engaged to long-time boyfriend Jesse Lumen in December 2017.

She was cast on Better Call Saul, which starred Bob Odenkirk.

Audrey Moore Is A Member Of