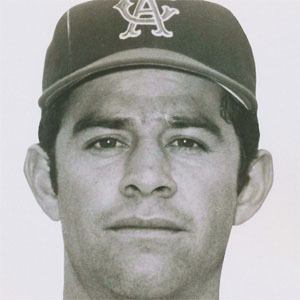 Retired MLB third baseman who was inducted into the Baseball Hall of Fame after a 16-season career.

He made his MLB debut with the California Angels in 1967.

He was a winner of the Gold Glove Award with the Detroit Tigers in 1976.

He grew up in the small area of Cananea, Mexico with his family.

Aurelio Rodríguez Is A Member Of