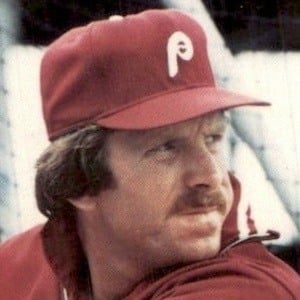 Philadelphia Phillies All-Star third baseman from 1972 to 1989, who hit 548 career home runs. He was an 8-time National League home run champion and 3-time NL MVP. He was also named 1980 World Series MVP after leading the Phillies to victory over the Kansas City Royals.

He was already signed by an agent at the young age of twelve.

He had two children with Donna Wightman, whom he married in 1973.

He played alongside the great Pete Rose on the Phillies.

Mike Schmidt Is A Member Of