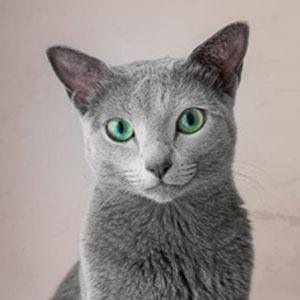 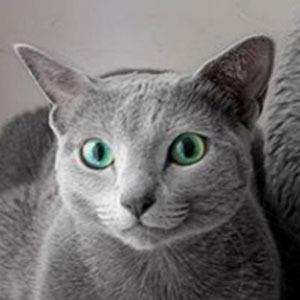 Russian Blue cat who became an internet sensation alongside her sister Xafi. She's known as "Mischievous Auri" and has earned 110,000 followers on XafiandAuri Instagram account.

She was adopted in January 2017 and was featured on Instagram in the same month.

She loves playing with crinkly toys and toilet paper.

Her owners Anneken and Tim lived in the south of England.

She was named after a character in The Slow Regard of Silent Things by Patrick Rothfuss.

Auri XafiandAuri Is A Member Of