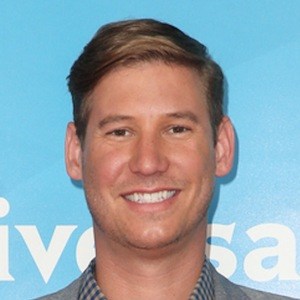 Season 4 addition to the cast of Southern Charm who has worked in the craft beer industry for establishments called Palmetto Brewing Company and Red Hare Brewing Co.

He graduated from the University of Alabama with a Bachelor of Science degree in Business Administration and Management. He studied abroad for a semester in Prague.

When not working or on TV, he has enjoyed playing golf with his father and friends.

He was raised with parents Tom and Wendy in Charlotte, North Carolina. He has a sister named Katie.

He joined the cast of Southern Charm which already included Landon Clements.

Austen Kroll Is A Member Of