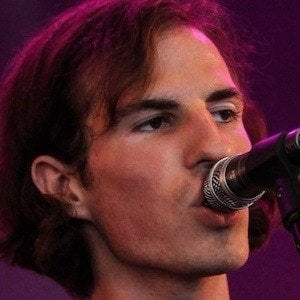 Singer who is known as the lead vocalist for the band Swim Deep. They formed in 2010 in Birmingham, England. They began recording in Brussels, Belgium at the end of 2012. The end product of this was their debut album, Where the Heaven Are We, released on August 5th, 2013.

He worked at a Morrisons supermarket in Birmingham, England. He met his fellow bandmate, Tom Higgins, there as a co-worker when he was 16 years old.

In 2013, the band appeared at the popular culture festival South by Southwest. That same year, he and his bandmates joined the band Bastille on tour with Two Door Cinema Club. On October 2nd, 2015, the group released their second full-length album, Mothers.

He was born and raised in Birmingham, England.

Austin Williams Is A Member Of