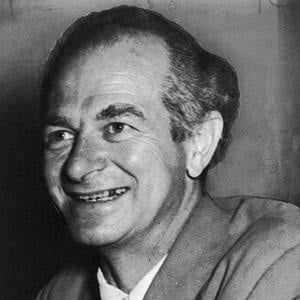 American chemist, biochemist, peace activist, author, and educator who was one of the most influential chemists in history. He is one of four people ever to win two Noble Prizes, winning one in Chemistry in 1954 and one for his peace activism in 1962.

He was in constant financial difficulty between his father's failing business and early death.

He declined a position on the Manhattan Project and in 1946, he joined the Emergency Committee of Atomic Scientists, chaired by Albert Einstein, which sought to warn the public of the dangers of nuclear weapons.

He married Ava Helen Miller in 1923; the couple had three sons and one daughter.

Linus Pauling Is A Member Of