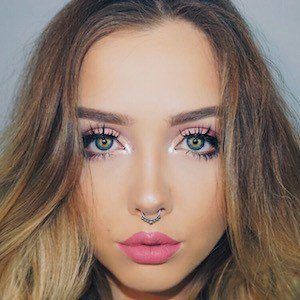 Internet star who gained a following on Instagram, which led to her YouTube success. She focuses on lifestyle videos and posts, with an emphasis on self-empowerment, especially among young people.

She recalls being bullied in middle school and high school, which helped provide the inspiration for her blogging.

She has five brothers and a younger sister. She was raised by two women, who were finally able to get married in 2015.

Many of her videos focus on fashion and make up, like fellow YouTuber Madison Martine.

Avery McCain Is A Member Of