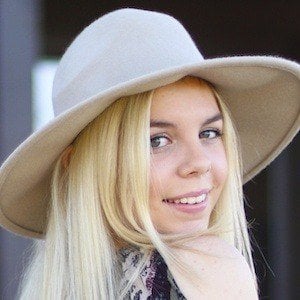 Web video star and blogger whose posts cover her love for fashion, beauty, and DIY arts and crafts.

She began her blog because she was bored and wanted an outlet for her creativity in 2013.

When she was younger she wanted to be a Disney Channel actress.

She has a younger brother named Ben.

Madison Martine Is A Member Of