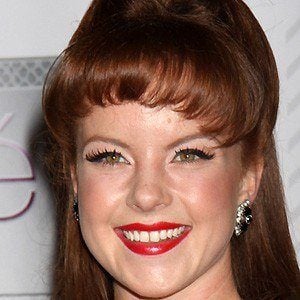 Actress best known for her role as Nikola in the film Superbad. She has also had notable television appearances in Criminal Minds, Party Down, and Law & Order: LA.

She first appeared in a minor role for the 1994 film Troublemakers as a schoolgirl and three years later played Maggie in Up Above the World.

She had a three episode stint as Shannon Gibbs in the series NCIS.

She married actor Ken Baumann in 2012.

She had a role in the TNT drama The Closer, which starred Kyra Sedgwick.

Aviva Farber Is A Member Of