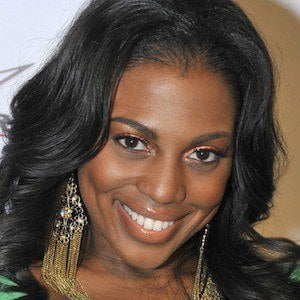 Reality star best known for her appearances on the VH1 series Tough Love Miami seeking the advice of matchmaker Steven Ward. She is also a successful urban model and has appeared on Spike TV's Manswers.

She is the CEO of WrightDynamic LLC.

Though she is native to Miami, Florida, she later moved to Los Angeles, California.

Avonte Wright Is A Member Of