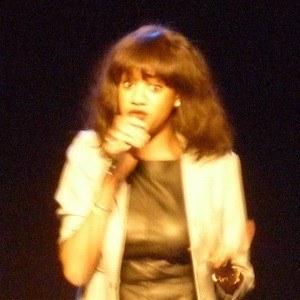 Pop singer/songwriter who rose to fame after competing on the fourth season of the reality singing program The Voice France. She would make it to the quarter finals of the competition and went on to join the popular YouTube group Cover Garden.

She began singing at the age of 11 and enrolled in a vocal course to get over stage fright.

She performed Nancy Sinatra's "Bang Bang" on The Voice.

On The Voice she competed on celebrity judge/mentor Florent Pagny's team.

Awa Sy Is A Member Of