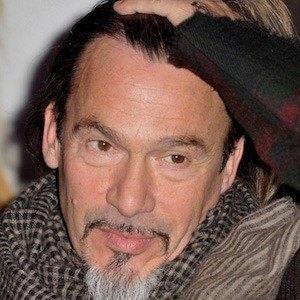 He started his media career as an actor in various French movies and TV shows. He released his first single in 1988.

He's sung in four languages: English, Italian, Spanish, and French. He was named Male Artist of the Year in 1998.

He married Azucena Pagny in 2006. He has two children named Inca and Ael.

He and Isaach de Bankole were both in the 1998 film Les Keufs.

Florent Pagny Is A Member Of