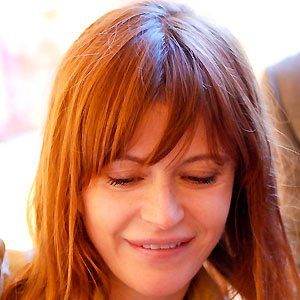 Singer-songwriter who released the album À Tâtons. She has won awards like Female Artist of the Year in 1999 at the Victoires de la musique.

While also pursuing music, she graduated from the Vrije Universiteit Brussel with a degree in law.

She has always been a dedicated humanitarian, and is committed to causes like UNICEF.

She was born in Hasselt. In 1998 she got married and they welcomed a daughter named Janelle. Then in 2003 they welcomed their second daughter Gloria.

In May 2005, she joined Peter Gabriel on stage in Geneva for the sixtieth anniversary of the United Nations.

Axelle Red Is A Member Of