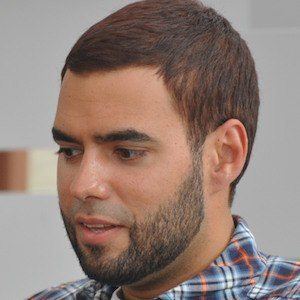 Finnish television presenter who has hosted a number of popular music and dance competitions, including The Voice Finland and So You Think You Can Dance Finland. He has also been a host for MTV Nordic and was a UNICEF Good Will Ambassador from 2006 to 2016.

He began taking music classes at age three and was a talented saxophone player.

He voiced the character Kristoff in the Finnish version of Disney's Frozen.

His father is Iranian and his mother is Finnish.

He previously hosted the talk show Axl Meets, on which he interviewed guests like Snoop Dogg.

Axl Smith Is A Member Of