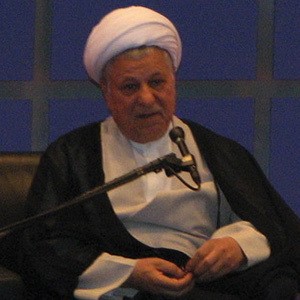 He began studying theology at the age of 14. He turned to politics while at the Qom Seminary. His career then began in 1979 when he was first appointed to Minister of Interior. He went on to become a member of the Parliament of Iran in May of 1980.

He was honored with the Order of Faith for his military service during the Iran-Iraq war.

He married Effat Marashi in 1958 and together they had five children.

He was preceded as President of Iran by fellow politician and world leader Ali Khamenei.

Ayatollah Rafsanjani Is A Member Of