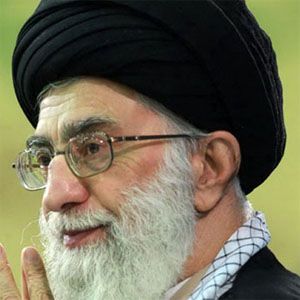 World leader who served as the President of Iran from 1981 until 1989 and became the Supreme Leader of Iran in 1989. He was selected number 21 of Forbes list of The World's Most Powerful People in 2012.

He took religious classes as a child at the rudimentary and took advanced levels in the hawza of Mashhad.

He founded the Islamic Republic Party in 1979.

He married Khojaste Bagherzadeh in 1964 and they had six children.

Like him, Mohammad Mosaddegh was a Prime Minister of Iran.

Ali Khamenei Is A Member Of