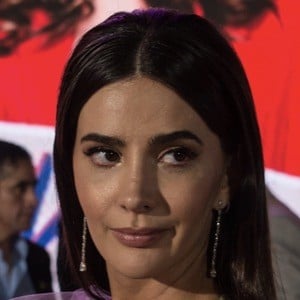 Model, blogger, and fashion designer known for her self-titled website, where she details her fashion suggestions. In 2015, she competed on the reality show Amor a Prueba and in 2017, she went on to appear on the dating show ¿Volverías con tu ex?

She attended Universidad Argentina de la Empresa, where she studied textile design. She then went on to work as a model in Latin America.

She grew up making her own clothes, which sparked her interest in fashion. She has more than 950,000 Instagram followers.

She grew up in Buenos Aires, Argentina. She dated reality star Marco Ferri from 2015 to 2017.

She appeared alongside fellow Argentinian model Eugenia Lemos in Amor a Prueba.

Aylén Milla Is A Member Of