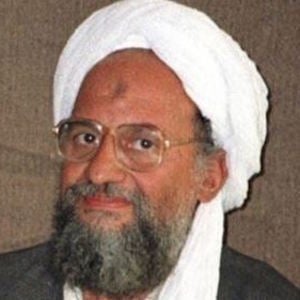 Leader of al-Qaeda, Islamic theologian, and co-orchestrator of the September 11th terrorist attacks. He first gained international recognition for his role in the 1998 U.S. Embassy bombings in Eastern Africa.

He studied at Cairo University.

He began his career as a surgeon and then became Osama Bin Laden's personal physician.

In 1978, he married Azza Ahmed Nowari. They had four daughters and a son.

He became leader of al-Qaeda after the death of Osama Bin Laden.

Ayman al-Zawahiri Is A Member Of