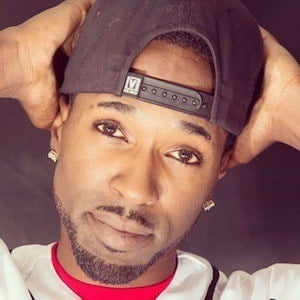 Rap artist and music producer who rose to fame on the popular app Live.me. He's also an established artist on SoundCloud, known for songs such as "Step It Up" and "Back At It."

He previously worked as an event host at a local club.

His Live.me streams have earned him upwards of 130,000 fans and growing.

He grew up the youngest of three brothers in Salinas, California.

He and Amber-Tiana are both popular content creators on Live.me.

Ayo Kam Is A Member Of