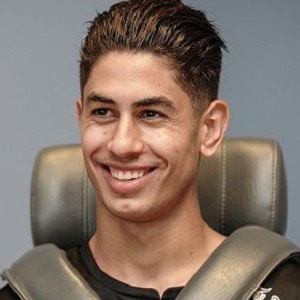 Spanish attacking midfielder who made a name for himself as a member of the Segunda Division club Tenerife. In June 2014, he joined Newcastle United in the Premiere League for an estimated 2 million euros.

He was born in Santa Cruz de Tenerife on the Canary Islands and played for CD San Andres as a child beginning in 1998.

He had a breakout 2013-14 season with Tenerife, winning awards for Segunda Division Breakthrough Player and Best Attacking Midfielder.

His older brother Samuel has also played professional soccer for clubs like the Blyth Spartans.

He joined Fabricio Coloccini on Newcastle United in 2014.

Ayoze Pérez Is A Member Of