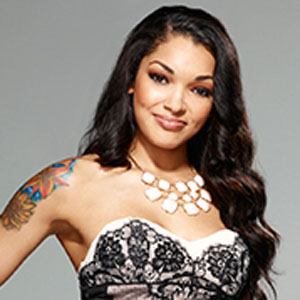 Bad girl on the 12th edition of Bad Girls Club who replaced Linsey Jade in the third episode of the season. She is known as The Texas Tempress.

She temporarily left the house of Bad Girls Club during an episode due to a family emergency, but was able to return that same episode.

She is from Houston, Texas and had a difficult childhood.

She was a house member on the 12th season of Bad Girls Club along with Alyssa Carswell.

Aysia Garza Is A Member Of