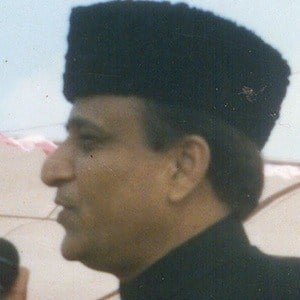 Member of the Indian Samajwadi political party and multi-term member of the legislative assembly of Uttar Pradesh.

After graduating from Aligarh Muslim University, he began his political career in Uttar Pradesh.

He offered to resign as Chairman of the Maha Kumbh Mela committee following the accidental deaths of nearly four dozen people during the journey back from a Maha Kumbh Mela-arranged pilgrimage to the Ganges River.

He made inflammatory remarks about Indian Prime Minister Narendra Modi.

Azam Khan Is A Member Of