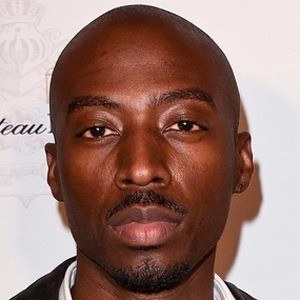 British-born Nigerian professional dancer who rose to fame as a backup dancer for a number of celebrities. He's also performed on shows like The X Factor.and shows including the X Factor.

His career began as a commercial model and actor in Nigeria.

He's appeared in advertisements for Guinness, Captain Morgan, and T-Mobile. He performed at the Miss World 2010 pageant.

He married Alesha Dixon in 2017. They previously gave birth to a daughter named Azura Sienna in 2013. Their second daughter Anaya was born in October 2019.

He's performed alongside a number of artists, including rapper Tinie Tempah.

Azuka Ononye Is A Member Of