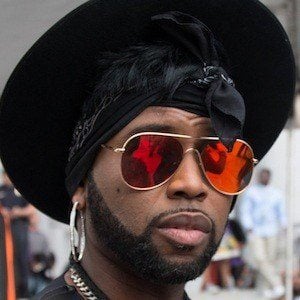 Gospel, R&B, and soul singer who was nominated for two Grammy Awards and has received a GMA Award. His 2004 album Out The Box earned Gold certification.

He sang in his church growing up.

He is also known as gospel singer Tonex, but his real name is Anthony Charles Williams II. He has created an original genre to classify his own music, which he calls Nureau.

Michael Jackson is one of his primary influences.

B Slade Is A Member Of