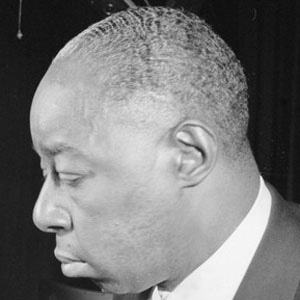 Jazz drummer who has performed with artists including Louis Armstrong.

He taught himself to play the drums when he was nine. His first big gig was with Bunk Johnson around New Orleans.

He released the autobiography The Baby Dodds Story.

He had a brother named Johnny.

He was influenced by Duke Ellington.

Baby Dodds Is A Member Of