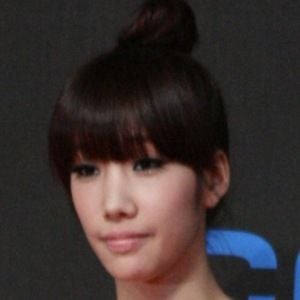 South Korean rapper and K-pop performer named Ha Joo Yeon, but best known by the stage name Baby J who rose to fame as a member of the girl group Jewelry. She is also recognized for having appeared in a controversial rap battle on the 2016 season of Unpretty Rapstar 3.

Her music career began in 2006 when she joined the group Jewelry.

She was featured in Seo In Young's 2008 "Cinderella" music video.

Her father Ha Jae Young was an actor.

Both she and Kim Ye-won performed in the K-pop girl group Jewelry.

Baby J Is A Member Of