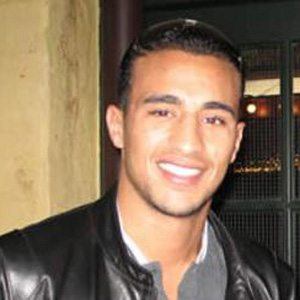 Top ranked Dutch Super Heavyweight boxer and kickboxer who was ranked the #10 Heavyweight in the world by Combat Press in 2016. In 2017, his career was forced into a hiatus after he was convicted of assault and sentence to two years in prison.

He began kickboxing at the age of 7. His father sent him to the gym to train as a way to fight off bullies at a young age.

He has 100 wins in his kickboxing career and is a former K-1 Heavyweight Champion. He lost his first official fight in 2006, but went on to win his next four fights. He resides in Casablanca, Morocco, but frequently travels the world.

He married Estelle Gullit in 2012.

He began his career with the aim to be a heavyweight boxing champion like George Foreman.

Badr Hari Is A Member Of