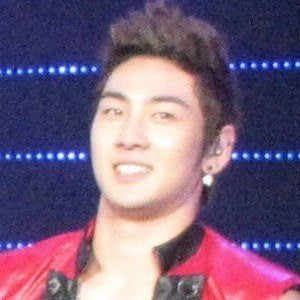 Singer who is known for being a member of the K-Pop group NU'EST. As a member of NU'EST, he released his first single, "I'm Sorry," in 2012. They also released the single "Face" alongside it on Mnet's TV show M! Live Countdown.

He attended and graduated from the Seoul Broadcasting High School. He was chosen third out of the five total members to be in NU'EST.

In 2012 and 2014, he and the rest of the group appeared on the South Korean variety show Weekly Idol. The group also starred in the reality series NU'EST in Love in Japan.

He was born and raised in South Korea with his mother, father, younger brother, and dog, Wow.

He was among the top choices to join NU'EST, along with Jongyun Kim.

Baek Ho Is A Member Of