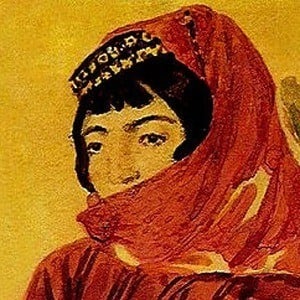 Most Popular#184768
Born in Nakhchivan, Azerbaijan#2
Artist Born in Azerbaijan#5

Founder of realist Azerbaijani easel painting who was a leading figure in his country's painting and graphic art scenes.

He suffered partial hearing loss as the result of a childhood illness and was homeschooled until his entry into the Tiflis School of Arts.

His best-known paintings included "Memories of Nakhchivan" and "Girl's Portrait."

He was raised in the Russian Empire region of Nakhchivan, Erivan Governorate.

His artistic education was encouraged and funded by Jalil Mammadguluzadeh.

Most Popular#184768
Born in Nakhchivan, Azerbaijan#2
Artist Born in Azerbaijan#5

Bahruz Kangarli Is A Member Of