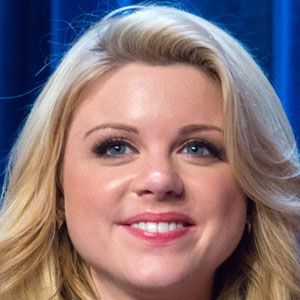 Well known for her breakthrough role as Ginny Thompson on Bunheads, she later landed the part of Lauren Cooper on the MTV series Faking It.

She started training as a ballet dancer when she was 7 years old.

She is an alumnus of the American Musical and Dramatic Academy.

A native of Sacramento, she married Tyler DeYoung on August 3, 2014. They announced they were expecting their first child together in September 2018. She has a younger brother.

She stars opposite Rita Volk on Faking It.

Bailey De Young Is A Member Of

Faking It
The Marvelous Mrs. Maisel
Petals on the Wind
32 Year Olds