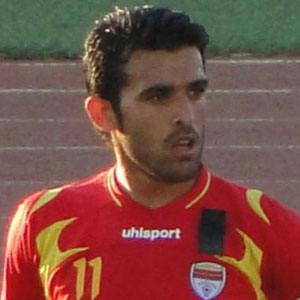 Midfielder who debuted professionally for Foolad in 2007 and became a member of the Iranian national team in 2013.

He helped lead Foolad to an Iranian Pro League title in 2013-14.

He was born in Sarpol-e Zahab, Kermanshah, Iran.

He and fellow midfielder Farhad Majidi both represented Iran in international competition.

Bakhtiar Rahmani Is A Member Of