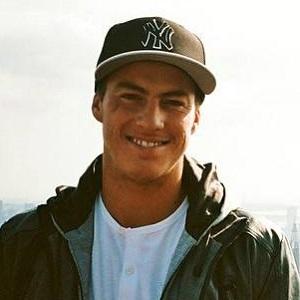 Professional surfer from New York competed for Quicksilver, gathering many wins and competing against the world's best in the ASP 2011 Quicksilver Pro.

He was spotted by a Quicksilver scout at a surfing camp, and the company paid for his lessons in Hawaai, and in Tahiti under Clay Marzo.

His success on the pro surfing circuit came despite his Northeast origins - but as he mentioned in an interview, there are waves in New York, and the water is rarely crowded in the winter.

He was born in Sebastian, Florida, the youngest of three brothers, all of whom surfed; the family moved to Long Island, New York when he was young, settling just blocks away from the beach.

Kelly Slater, a legend of the surfing circuit, was also born in Florida.

Balaram Stack Is A Member Of