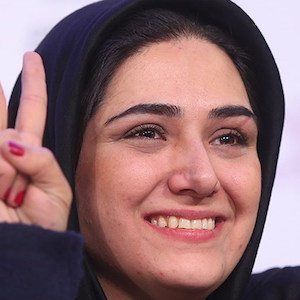 Notable for her roles in Iranian films such as Jameh Daran (2015), Asabani Nistam! (2014), and Heiran (2009), she is also recognized for her portrayal of Khaleh Baran in the television series Kolah Ghermezi 88.

Cast in the child role of Sara, she made her acting debut in the 1991 Persian film Behtarin Baba-ye Donia (English title: The Best Papa in the World).

In the late 1990s, she made her stage acting debut in an Azita Hajian-directed production of the play Over the Mirror.

The child of movie producer Jahangir Kosari and screen actor Rakhshan Bani Etemad, she spent her youth in Tehran, Iran.

She is a contemporary of fellow Iranian actress Nazanin Boniadi.

Baran Kosari Is A Member Of