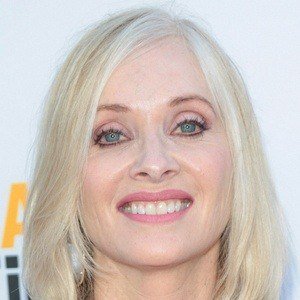 American actress best known for her role as a "scream queen" in popular cult horror films like From Beyond and Castle Freak.

She attended Castleton State College and majored in Theatre Arts.

She appeared on several popular soap operas and won a Soap Opera Digest Award for her role as Leanna Love on The Young and the Restless.

She appeared in the 2012 Rob Zombie film The Lords of Salem.

Barbara Crampton Is A Member Of

You're Next
Run Hide Fight
Tales of Halloween
63 Year Olds