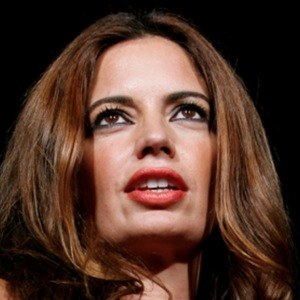 Television host who has been the presenter of numerous Portuguese talent shows over the course of her career, including Família Superstar, Portugal Has Talent and Peso Pesado. She has also been a reporter for the TVI network.

She lived in Lisbon, Portugal and studied journalism at Universidade Lusíada.

She has presented the Portuguese Golden Globes.

She was previously married to Pedro Miguel Ramos and philosopher Manuel Maria Carrilho. She has children named Dinis Maria and Carlota Maria with Carrilho.

Barbara Guimaraes Is A Member Of