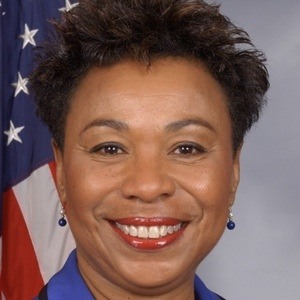 The first female U.S. Representative for California's ninth congressional district who first began serving in 1998. She is a Democrat and she served as the Chair of the Congressional Black Caucus.

In college, she became a volunteer for the Black Panther Party's Community Learning Center.

She was the only member of either house of Congress to vote against the authorization of use of force following the September 11, 2001 attacks, making her a hero among many in the anti-war movement.

Her sons, Tony and Craig Lee, are both employed within the insurance industry.

Similar to Sam Farr, she was one of California's congressional district representatives.

Barbara Lee Is A Member Of