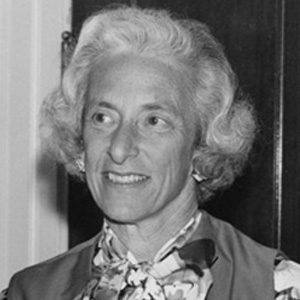 American author and historian whose World War I-themed work, The Guns of August, won the Pulitzer Prize. Her other award-winning books include A Distant Mirror and Stilwell and the American Experience in China, 1911–45.

She received her Bachelor of Arts degree from Radcliffe College in 1933. She later became a war correspondent for The Nation.

She twice won the Pulitzer Prize in the category of General Non-Fiction (in 1963 and 1972).

She married Lester R. Tuchman in 1939. She and Tuchman had three daughters.

Barbara Tuchman Is A Member Of