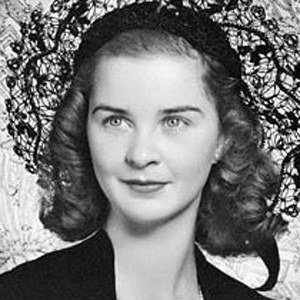 Olympic figure skater nicknamed Canada's Sweetheart who was known for being the only Canadian woman to win the singles gold.

She began training more than six hours a day by the age of 10.

She grew up with two older siblings.

She and Kevin Reynolds are both Canadian skating icons.

Barbara Ann Scott Is A Member Of