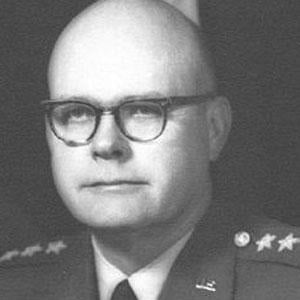 U.S. Army four-star general who served as commandant of Berlin's American sector in 1958.

He planned to attend the United States Naval Academy in Annapolis, but he changed his mind following a tour on board a warship.

He became Vice Chief of Staff of the U.S. Army in 1962 and played a role in the Cuban Missile Crisis and the Vietnam War.

He had one daughter with his wife, Frances Valencia Underwood.

He reported to General Douglas MacArthur during the Korean War.

Barksdale Hamlett Jr. Is A Member Of