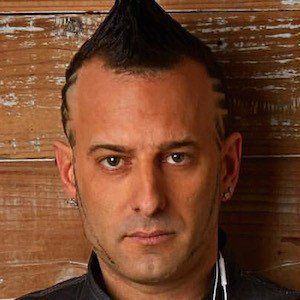 Celebrity chef who competed on Season 11 of Hell's Kitchen. He has also competed on the Food Network shows Cutthroat Kitchen and Chopped.

He first began working in the kitchen when he joined the United States Coast Guard.

He has cooked and raised money for the victims of several natural disasters, including Hurricane Sandy and the tornado that decimated Moore County, Oklahoma in 2013.

He is from Long Island, New York, and is a father.

His food has been judged by several famous chefs, including Geoffrey Zakarian, Aaron Sanchez, and Gordon Ramsay.

Barret Beyer Is A Member Of