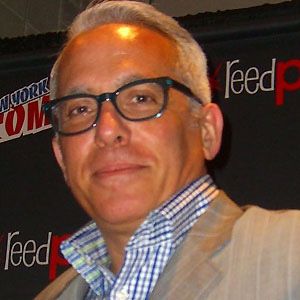 American chef and television personality best known for his appearances on the Food Network productions Chopped, The Next Iron Chef, and Iron Chef America.

He attended the Culinary Institute of America in Hyde Park, New York.

He published the cookbook Geoffrey Zakarian's Town/Country in 2006.

His first marriage to Heather Karaman ended after ten years. He married Margaret Anne Williams, a marketing executive, in 2005. He has two daughters, Anna and Madeline, and a son, George.

He worked alongside Alain Passard at the Parisian restaurant Arpege.

Geoffrey Zakarian Is A Member Of