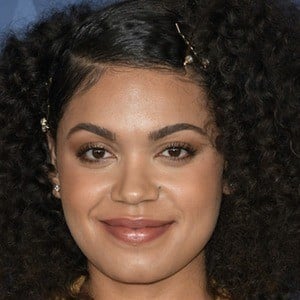 Television and Broadway actress who landed small screen roles in Station 19 and Iron Fist as Victoria Hughes and Megan, respectively. She starred on Broadway in the lead female role of Rita in Groundhog Day. She has amassed over 10 different on-screen acting roles throughout her ongoing career.

She graduated with a Bachelor of Arts degree from New York University Gallatin School of Individualized Study.

She was featured in the Broadway revival of You Can't Take It With You. She was also featured off-Broadway in Burning, Strom Thurmond Is Not A Racist/Cleansed, and Orestes 2.0.

She is a native of Minneapolis.

She was cast in the feature film Marshall, starring Chadwick Boseman.

Barrett Doss Is A Member Of