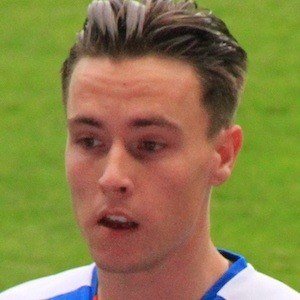 Scottish soccer forward who made his senior debut with Rangers F.C. He later played for Greenock Morton and Raith Rovers on loan before signing with Nottingham Forest in 2017.

He spent most of his youth career with Kilmarnock before being let go due to injury concerns. He then joined Rangers.

He's represented Scotland internationally at the U18, U19, and U21 levels.

He has an older brother named Daniel whose also played professional soccer as well as two other brothers. He has dated model Megan Fitzpatrick.

He's been a teammate of Dean Shiels while playing for Rangers.

Barrie McKay Is A Member Of