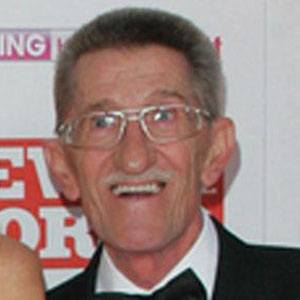 One half of the Chuckle Brothers children's comedy show ChucleVision alongside his brother Paul. He and his brother went on to win the TV series Celebrity Coach Trip in 2010.

He and his brother won the talent show Oppornity Knocks in 1967, and seven years later won New Faces, but still struggled to make a name for themselves. They produced their first show, ChuckleHounds, in 1985 for BBC.

In 2010 rumors about his death began circulating on Twitter and Facebook despite the fact that he was alive and well.

He also had older brothers named Jimmy and Brian, who are known professionally as the Patton Brothers. His father was a well-known Gang Show performer who went by the stage name Gene Patton.

Barry Chuckle Is A Member Of