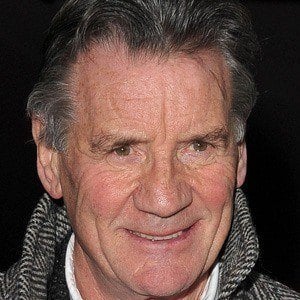 A part of the acclaimed comedy group Monty Python who became a Commander of the Order of the British Empire in 2000. He won the BAFTA Award for Best Actor in a Supporting Role for his role in the 1988 film A Fish Called Wanda.

He began acting at the age of five, when he performed in the school play 'A Christmas Carol.' He studied modern history at Brasenose College, Oxford, where he first began writing comedy with fellow student Robert Hewison.

After being a part of the group Monty Python, he widened his career by writing travel documentaries while journeying around the world.

He married Helen Gibbins, who he met while vacationing in Suffolk in 1966. He has two sons, William and Thomas, and a daughter, Rachel. He has an older sister and his father was an engineer who worked for a steel firm.