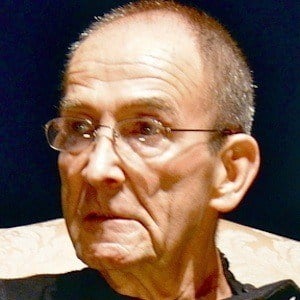 Actor known for his roles in the series, Tales from the Darkside and Trading Places. He also played Pontius Pilate in the film of Jesus Christ Superstar.

He once did a lot of voice over work, especially for cartoons like Batman: The Animated Series and DuckTales.

He was born to his family in Chicago, Illinois.

He had a three-year long relationship with diva, Barbra Streisand before coming out as gay much later in life.

Barry Dennen Is A Member Of