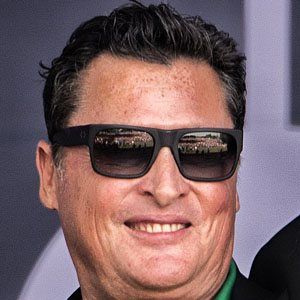 Rock singer known for being the frontman of the popular Dutch band Golden Earring. With the band, he has released global hits like 1982's "Twilight Zone" and 1983's "When the Lady Smiles."

He moved to the Netherlands from India at age eight and later attended the Royal Academy of Art, The Hague.

He lent his vocal talents to the Dutch version of the animated series My Dad the Rock Star, voicing the character of Rock Zilla.

His father is Scottish and his mother is Dutch.

He and Golden Earring have toured as an opening act for artists like Carlos Santana.

Barry Hay Is A Member Of