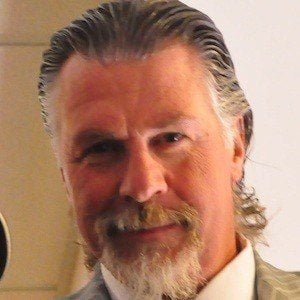 Known for his careers as a hockey player, coach, and broadcaster. He coached the Los Angeles Kings to the 1993 Stanley Cup Final and began his time as a regular contributor to ESPN in 1996.

He began his hockey playing career in 1974 as a defenseman. He played in the World Hockey Association prior to its integration with the National Hockey League prior to the 1979-1980 season. His first NHL club was the Winnipeg Jets.

He coached the Tampa Bay Lightning during the 2008-2009 season. He made his subsequent return to ESPN during the broadcast of the 2009 Winter Classic game between the Detroit Red Wings and Chicago Blackhawks.

He was born in Kelvington, Saskatchewan, and raised there by his parents Norrie and James. He married Cindy Melrose in 1978 and he has children named Adrien and Tyrell.

He appeared in a minor role in the 1999 film Mystery, Alaska alongside Russell Crowe.

Barry Melrose Is A Member Of